The Cornish functions as a single-purpose fowl bred specifically for meat production. It produces meat more efficiently than any other chicken and lays at the foundation of the commercial chicken industry worldwide. They reach a dressing weight of five pounds at five weeks. The Cornish lacks the typical hairy feathers left over after plucking other breeds—a fact which saves processors the energy and time of singeing the carcass prior to butchering. The breed shows little desire to forage and generally handles confinement well. A sad sight, most Cornish crosses used in commercial production cannot support their own weight and will either have broken legs or lameness.

Cornish farmers describe the breed as loud and intractable. The roosters readily show aggression. The Cornish chicks at times manifest cannibalism. Health problems associated with their rapid growth prevent the kind of activity common to most chickens. The high feed conversion ratios give farmers a narrow margin of error in feeding. Underfeeding yields fowl prone to predation. Cornish farming works well in a commercial production under highly monitored conditions but will most likely fail in a backyard coop.

The Cornish chicken presents as a broad, muscular fowl on widely spaced yellow legs. They manifest in three basic colors; Dark, White, and White Laced Red. The Cornish breed has short feathers that leave parts of the body bare. They sport a pea comb, no crest, and small wattles. Their protruding brow, piercing eyes, and curved beak support their reputation as a predatory bird. Most of the commercial growers breed Cornish with white feathers and yellow skin.

Feed carefully. Many Cornish cross breeds break their legs or grow lame as a result of their rapid weight gain. Ulcers develop in lame birds forced to sit in their own feces. Consequently, they require wire pens to keep their bodies away from ammonia rich feces. Cornish fowl fed too much can die of heart attacks. Those fed too little display predation. The backyard breeder would do well to stick to the hardier Cornish chickens or the new hybrid called the Colored Ranger rather than the commercial Cornish cross. Pasture the chickens as much as possible. Pen any who go lame. Move their run often to encourage exercise and discourage parasites. Provide a warm, draft free coop for these short feathered fowl. 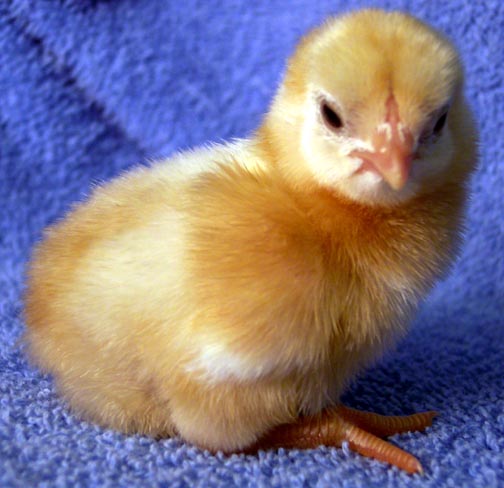 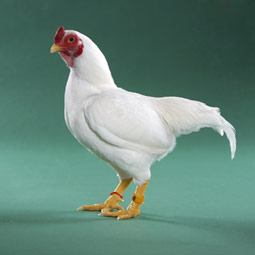