Sumatras aren’t very good at providing you with a meal, be it breakfast or dinner, as they aren’t very strong layers and don’t fatten up well. They are, however, prized as show birds due to their fancy tails and uniquely-colored face.

Sumatras are curious, friendly chickens who have no problem coming up to see humans. However, other chickens is another story. Sumatra cocks are very aggressive and will fight one another to determine their ranking among the group. The best way to alleviate this trouble is to place an older, established Sumatra rooster into the mix as he will break up any scuffles that begin to break out. He, however, will be overthrown as soon as the other roosters become old enough to challenge him, so make sure to keep a close eye on things and remove the roosters when they are too close in age or ability.

Sumatras have feathers, feathers, and more feathers. They have long tails with a nearly horizontal carraige. However, the tail feathers are strong enough that they don’t curve, preventing them from being drug when they walk in the dirt. They have a very small wattle and combs with three low lengthwise ridges. The color attributed to their face is known as ‘gypsy’, a sort of purplish shade. Their legs are dark willow, though the soles are still yellow. Oddly, the roosters are capable of growing multiple spurs whereas most breeds can only grow one.

If you want to keep Sumatras, you’ll need lots of open space as they’ve very active chickens whole like space to run and roam about. Given enough space, they even prefer roosting outside despite how cold the weather may become. To maintain their abundance of feathers, they need a perch high up off the ground to prevent damaging feathers while roosting, as well as feed high in protein.

One of the oldest breeds, the Sumatra is believed to be developed from a feral breed called the ‘kampong’ chickens and another breed of wild fowl that has since become extinct. It wasn’t until the nineteenth century that the Suamtra was brought into the United Sates, and then another decade before they crossed the pond over to Great Britain and Germany. 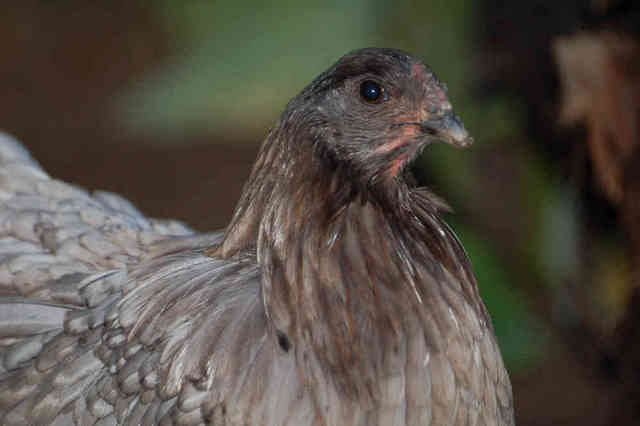 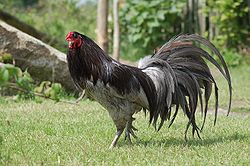